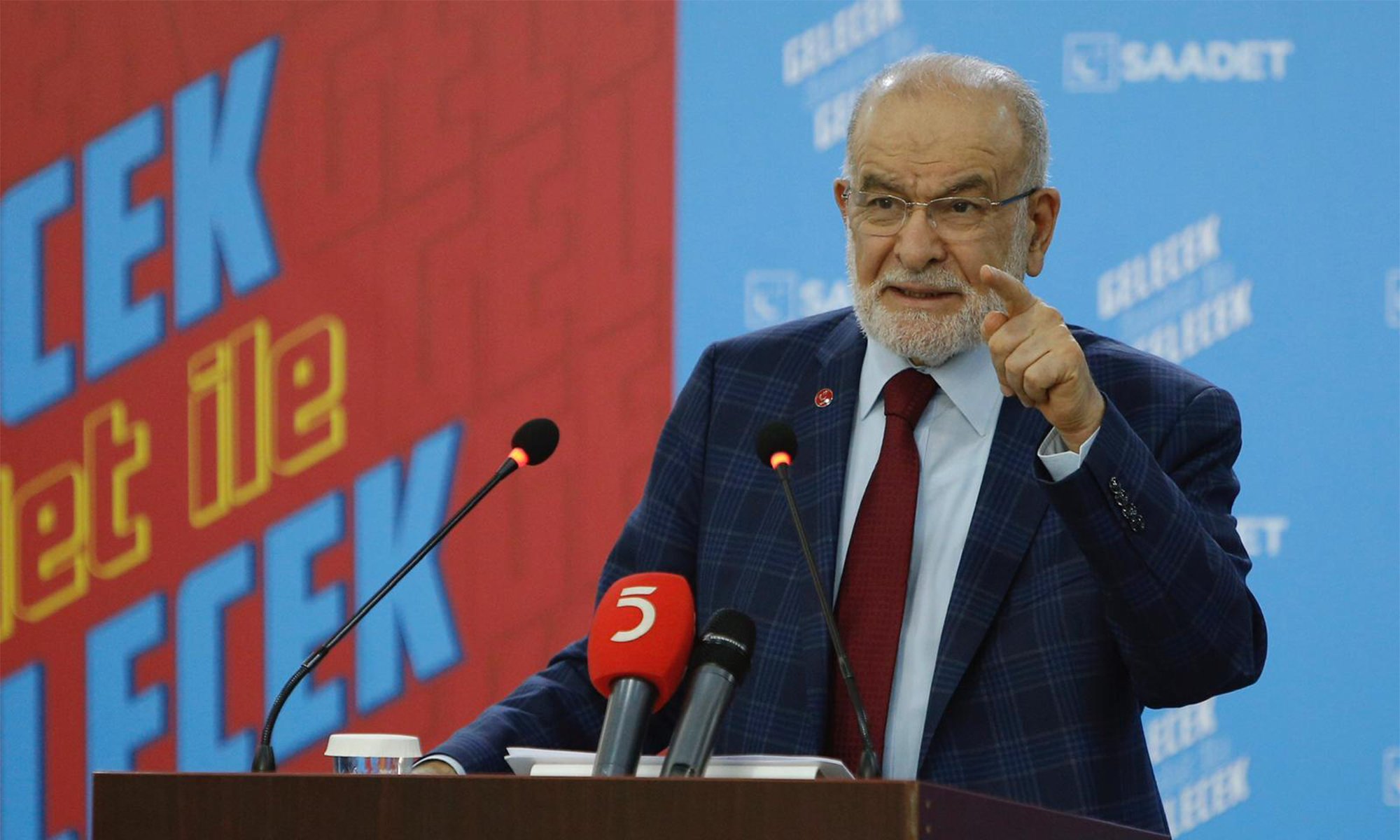 Dear members of the press…

I would like to start this week’s briefing by extending my condolences.

Mr. Kemalettin Erbakan, brother of Erbakan Hodja, has passed away this morning. May he rest in peace. I would like to offer my sincerest condolences to his family.

We are deeply saddened by the news that Nizamettin Yakışık, a leading scholar from Tatvan, Bitlis, and Master Aziz Kutluay from Şanlıurfa have also passed away due to COVID-19 pandemic.

May their souls rest in peace. I would like to extend my condolences to their grieved family and affectionate.

The other important topic on our table is the coronavirus pandemic, affecting our country, and the whole World alike.

Sadly enough, the pandemic is still not contained, and we continue to lose our beloved ones. There is an ongoing concern in our country, too. Summer has not brought a decrease in cases due to the failure to comply with the rules, and worse still, the tendency to manifest these failures as if nothing is wrong with them.

People have flocked to the beaches during the Ramadan Feast. Social distancing and mask wearing rules were not obeyed. People’s insistence to not obey these rules despite numerous warnings is a source of great concern.

Medical doctors and other health professionals on the other hand are working with great  sacrifices, putting their own lives under risk.

May God’s grace be upon all of them. I would like to use this opportunity to extend my sincerest thanks to the health professionals. Surely, the state must reward their efforts.

Now the most important issue is the reopening of schools. There is no official statement from the Ministry of Education. We see that the government is bewildered and silent. No one know what is going to happen!

Are the schools going to be reopened, or will we switch to online education? These are all important issues, and we invite government to take swift actions in these regards.

Having said these, I would like to make two important warnings.

1- We, as the 82 million citizens of this country, have to support health professionals in their sacrifices, and must strictly follow the measures.

2- To respond to a potential second wave, and to make sure economy is left alive, we have to start preparations for a new road map with due diligence.

Economy is the anumber onae issue in today’s Turkey... We cannot find answers to the economic crisis. [The government] is feeding on the existing resources.

This government took the power in the aftermath of the 2002 economic crisis, and strictly followed the policies of Kemal Derviş, who was persistently recommended by the IMF.

What is interesting is that while the government is acting as if they are against IMF, arguing that they have saved our country from the IMF and came to a point where we lend money to IMF, it is this government who has brought economy into its current condition.

The government still seems to be against IMF yet continues to apply their policies. The government has completely forgotten investments that will boost production, agriculture, industry, and exports. National GDP is as low as ever. Do you ever see any government official speaking about national GDP?

No one speaks about national GDP. However, when it comes to propaganda, “economy is skyrocketing!”. You can’t repair the economy with empty propaganda.

Turkey is Faced with a Moratorium

Esteemed friends, as a matter of fact, we are now facing a moratorium.

What does this mean? It means the steps that a company or a state must follow at a point when it is no longer to pay back its debts.

Our country is no more able to pay its debts. This means talking to your lenders and restructuring your debts. The debtors, of course, will seek their own interests in this restructuring, and will dictate their own policies.

This is what we are witnessing since the Ottoman Era. We experienced the establishment of Ottoman Public Debt Administration (Düyun-u Umumiye) also known as the 1881 Muharram Resolutions.

We were only able to pay back those debts in 1953, after two World Wars.

What happened in 1881 was also repeated in 1958. The government led by the late Menderes had troubles with the US Government, as a result of which the dollar – Try exchange rate increased from 3 to 9.

Our current debt was around USD 450 Billion in the beginning of the year. Now it stands at USD 485 Billion. May Allah help us.

7 TRY was portrayed as the psychological threshold in dollar exchange. Now 1 USD is worth 7.33 TRY!

They believe that everyone is blind. Yet in fact they are the ones who are blind and ignorant. If you lose your connection to reality, then you can find no solution to any problem, let alone the economy.

We are heading for a disaster, and this is no joke…

If you spend your money on concrete and asphalt; if these become the indicators of your development, this is where you end up.

The Biggest Problem is the Artificial Ones

The most pressing issue is the government’s insistence on keeping the country busy with artificial problems.

Esteemed friends, the artificial problems may give you a space to maneuver in the short run, yet in the end their effects will be more harmful.

The economy is falling apart, yet we keep ourselves busy with artificial problems.

We are left completely alone in foreign policy. We cannot establish strong ties with any country.

The government used to say that “absence of justice brings about oppression.” Thank you for the statement. And now you can look in the mirror to see what oppression looks like!

You cannot build justice by saying that there is justice. Justice only exists when people have trust in justice.

Governments are supposed to act, not speak. Can they say we have achieved anything in foreign policy, economy, or education?

As a consequence, no one has a right to waste our time with pseudo-problems. Let the opposition not fall for this fallacy!

The opposition must also be aware of all these and be agile.

Favouritism and Incompetence are Outcomes

A person must be ashamed to place their relatives or friends in a position.

Especially their spouses, sons, and daughters…

However, this is no longer a surprising case in Turkey.

If you fail to assign competent people in jobs, you are doomed to fail, and nothing can be performed as they should be.

The government was rewarded with medals from the USA when they took over. They had huge support from Europe. What happened now?

We have erected icebergs. We have never advised being directed by the interests of Americans or Russians.

To achieve this, you have to be strong, and you have to have good relations with your neighbors.

If you support the US invasion of Iraq, then how can you establish good relations with this country?

Who benefitted from your policies in the Middle East? One can think of only one: Israel!

We are fighting literally everyone. We were taking serious steps in Libya, now we are against Germany, France, USA, and Russia.

Such a success story! Even the countries with serious problems amongst themselves are united in their opposition to Turkey!

This Government Will Go

The government must have a holistic approach…

As they admit themselves, this government is exhausted. They are no more able to analyse the reality and address problems.

Therefore, they are bewildered. If you have cancer in your body, and your only strategy to deal with it is to keep your morale high, then how can you survive?

When the time is up, a government must go. They must understand that it is time to go. Let everyone be reassured, when it is your time to leave, there is no escape.

If you leave through democratic means, we may remember you with good memories. But if you resists, resort in fraud, crook reality and label every opposition member as traitors, then you cannot remain decent.

I do not expect an election in the short run. I would not say that a party that is doomed to fail in elections would go for that option.