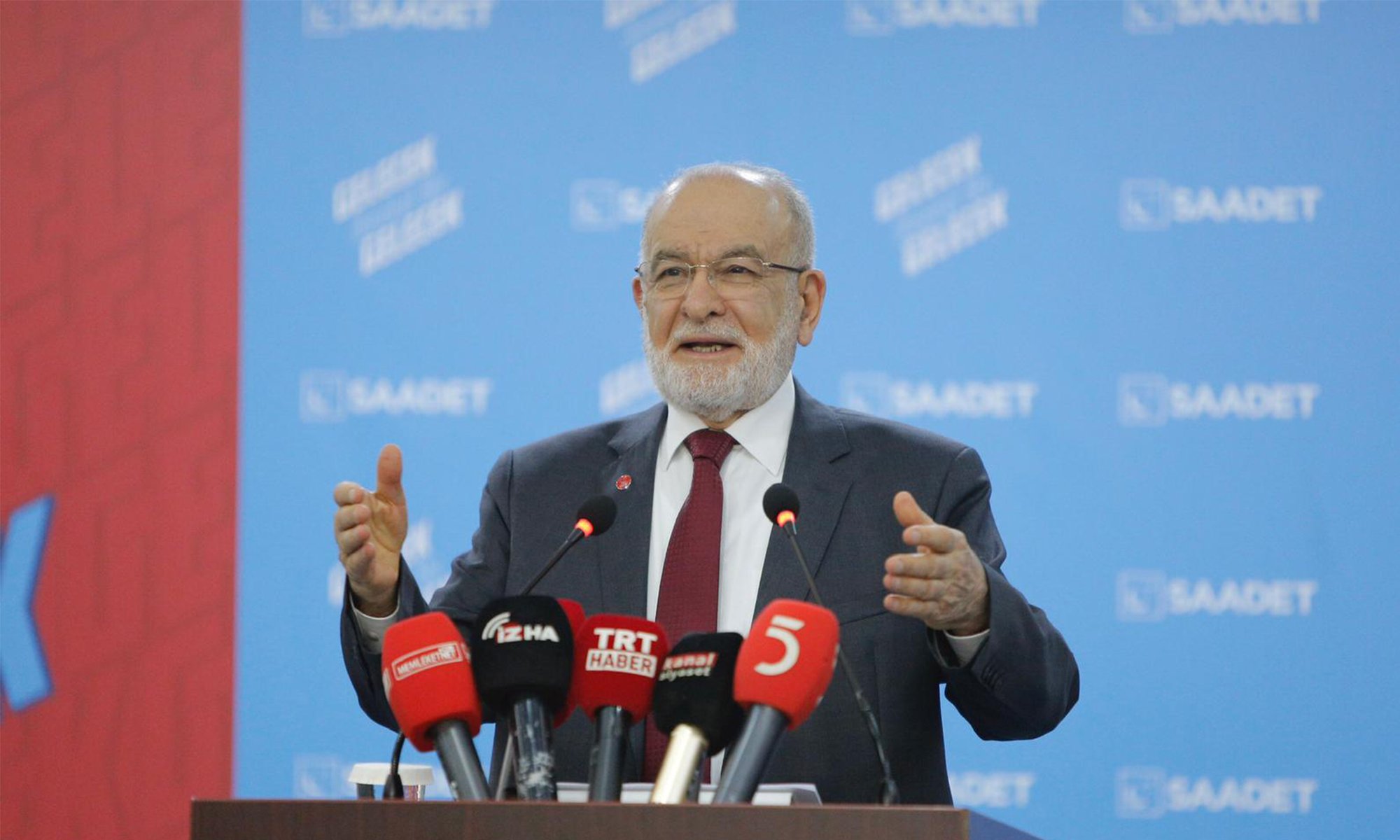 Today we celebrate the anniversary of two important victories that left their mark on the history of Anatolia and our great nation.

I would like to start by remembering these two important victories.

We are celebrating the 949th anniversary of the Manzikert Victory on 26 August 1071.

This victory has changed the course of history in Anatolia. This was a major turning point that turned these lands into a territory of peace and prosperity. This victory had effectively opened the doors of Anatolia to us.

The thousand-year-old climate of fraternity and peace in Anatolia was established with the Manzikert Victory. We have of course witnessed conflicts as well, but over time, people of different faiths have learned the virtue of living together.

I hope that this land will continue to be the land of peace, felicity, goodness, and beauty for thousand more years to come.

Let us not forget that Turks and Kurds have fought shoulder to shoulder with the same faith and enthusiasm in this battle.

I would like to celebrate the anniversary of the Manzikert Victory and extend by gratitude to Sultan Alp Arslan and his fellow fighters once again.

The second victory of critical importance to our country has been won on 30 August 1922.

The path to this victory started on August 26, 1922, when our armies began charging with the motto of “Victory or Death”.

This victory was a big slap on imperialism’s face despite numerous hardships and lack of resources.

This victory has many other meanings.

The most important of these, without a doubt, is the fact the true power of a nation comes not from artillery or weapons, but from its pious sons and daughters.

The heroes of National Struggle who rejected mandate and patronage and who were willing to sacrifice their lives for full independence, resisted the Crusade to Anatolia with their faith and courage.

I hope that our future generations will truly understand the value of the War of Independence and the great victory for our lands. With such an understanding and awareness, imperialists will be doomed to fail.

On this occasion, I would like to celebrate the 30 August Victory Day, and extend my sincerest gratitude and respect for Gazi Mustafa Kemal Pasha, our martyrs, and veterans.

I would also like to make a warning as we reminiscence these historical victories.

No one can benefit from turning historical events into reasons for polarization.

This history belongs to all of us.

Manzikert is ours; 30 August is ours, too.

The Conquest of Istanbul is ours; 23 April is ours, too.

So long as we stick to this understanding, we will protect our unity.

This week we went through a terrible disaster that deeply saddened every one of us.

Our nation is deeply troubled with what happened after the flood in Giresun and surrounding districts.

We must know that this disaster is at outcome. An outcome of what? Of sacrificing nature for the love of concrete.

They say that the city landscape has been deformed. If you deform the natural silhouette, you are doomed to face such disasters.

May the victims of the flood rest in Peace. Our thoughts are with the survivors of the calamity in Giresun.

May Allah forbid any such calamity in the future.

I have talked to Kozan Mayor on the fire, and we have closely followed the incident.

Our only consolation is that the fire is now contained.

On the occasion of the fire that destructed more than 200 hectares of forest, I would like to express my deep solidarity with the people of Kozan who lost their houses. Our thoughts and prayers are with them.

Insha’Allah we will not face any more forest fires in the future.

The US is Not our Friend

Last week a talk by Joe Biden from months ago was on the news. We had condemned that speech when it was delivered, and we are condemning it now.

No one has a right to see Turkey as a colony. We are not a 200-year-old with a history of oppression like the US. Only the Ottoman Empire has 600 years of history. Let no one forget this.

Nevertheless, as the representative of such a deep-rooted tradition, our country is taking a very contradictory stance against Biden.

Speaking days after the event, Mr. Erdoğan made the following remarks: “We were talking, and we drank tea together in the past. How can you make those comments?”

We failed to react properly to Trump’s letter ripe with insults. Such attitudes embarrass Turkey.

Given all these, the government’s attitude as if they are acting heroically, as if they have a consistent policy is astounding to say the least.

In such situations, the first step that the government must take is to embrace the opposition too, and to give the message that we can negotiate and discuss our problems ourselves, and you must mind your own business.

The fact that government acts as if the opposition did not raise any objection [to Biden’s remarks], and their utter failure in trying to do so cannot be forgiven.

We may have different opinions as regards the problems of this country, but in the end, we are brothers and friends to one another.

Expressing our faults and mistakes does not make us enemies.

We have been through a lot together, we have witnesses July 15, we see the situation in Iraq and Syria, but you still think that the US is our friend.

We assume the co-presidency of the Great Middle East Project, thinking that it is to our advantage. Such an understanding will not take Turkey anywhere.

We have to know that this project is only a different name for the Great Israel Project.

Turkey is left with no friends but Qatar and Iran. We are in conflict with all the other countries.

We have managed to reconcile the USA and Russia, who are normally against one another, in Libya and Syria. They are both against us now.

This is a clear indication of inaptitude. We have to reflect on and express where we have failed.

Justice is the basis of the property, and the property is the state. No state with a weak foundation can exist.

Today, Turkey has huge problems in all areas. Bu the biggest of all these problems is the damage incurred on the justice.

We have transformed into a country where people seek justice on social media.

Let me make this very clear: If the citizens of one country are seeking justice on social media, that means that there is no justice in that country.

If there is no justice, then there is tyranny.

We must never forget this wisdom. We must get rid of all sorts of injustices together.

Justice cannot be achieved if the government only favor its own interests. So long as the opposition and the society in general do not express full trust in justice, then you cannot say there is justice in that country.

They Failed to Bring Gold from Venezuela, now They are Bringing Cheese…

Turkey is to import tax-free cheese from Venezuela.

They are all finished up, and now we must import cheese from Venezuela.

We are literally speechless!

At some point they used to say they would bring gold from Venezuela.

Now that they have failed, they decided to bring cheese from Venezuela.

The government has destroyed agriculture, stockbreeding; has started importing animals and wheat. And now they are looking for ways to end cheese production in Turkey.

There is surely a different side to this! We do not accept such a policy!

Before finishing today’s meeting, I would like to talk about the coronavirus pandemic that has affected our country and the world in general.

Unfortunately, the pandemic is still not contained, and we are witnessing an increase in cases.

We all know about the uncertainty that we are living in. We still do not know how the schools are going to open.

However, I would like to ask only one question in order not to negatively impact our corona response.

What are the criteria for PCT Tests? Do you ever hear the complaints of people who say they cannot get tested?

A bureaucrat is bragging about how he is regularly tested. In the meantime, our people cannot access tests. This harms the trust in our fight against the virus.

The Ministry of Health must pay utmost care to this.

Whatever the procedure or testing, you cannot get the results for 2-3 days. If you go the state hospitals, this duration can rise up to 4-5 days!

You have to get tested before going abroad. But you cannot get the result, you just get a certificate that says you have been tested.

Alright, but what is the test result? That we cannot tell…

We are bragging about how we supplied masks to the entire world, but what about our own country?

The government must take necessary measures to prevent this.